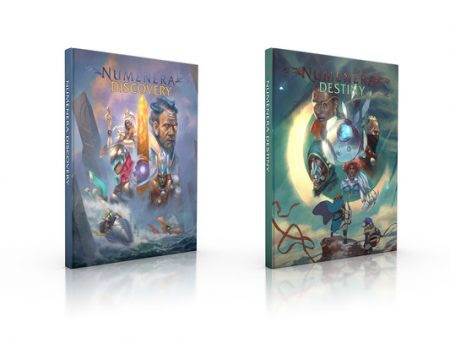 My #RPGaMonth for October is Numenera 2 - Destiny, the latest incarnation of Monte Cook’s Numenera game.

Numenera 2 means that there are two core books. The first Numenera - Discovery is more or less the same thing that was already the first Numenera. One may look at reviews for that, the differences are small. The greatest being that you now have Player Intrusions as well. A player intrusion is the reverse of a GM intrusion. Instead of getting an experience point for a complication, you pay with an experience point for a greater positive effect which is described in detail in your character's type.

What is Numenera - Destiny?

So, Numenera - Discovery is about the players discovering the so-called Ninth World. The Destiny book is different. The focus of the campaign is on playing in a community setting. The players help to start a community, make it prosper and steer or influence it. The games here will likely be more bound to a specific location where your com…
Mehr anzeigen
Weitere Posts