What is old school? 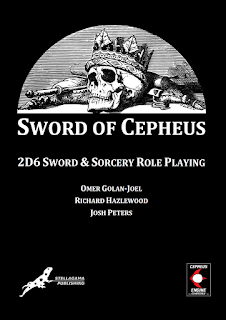 That game for me is Sword of Cepheus. It is built on the established Cepheus Light rules engine that itself emulates a more streamlined version of the original Traveller game. It will be a not a 300 pages tome of intricate details, but rather a quick and fun way to play. The game uses the typical life path character generation, i.e. you not only roll for the attribute values but also for the career, skills and possessions of the character.
Omer Golan-Joel and his coauthors have made a beautiful game here that I had the honor and pleasure to playtest. I can’t wait for the game to be released.
Allow me to share my impression based on the playtest which isn’t the final version of the game, yet.

To put it in another way: maybe some of you remember how playing the Keep on the Borderlands felt in the day. Sword of Cepheus manages to produce that kind of feeling for me. I can explore a new world with it, which is fascinating, yet dangerous.

For more info, see the old announcement from January http://spacecockroach.blogspot.com/2019/01/announcing-sword-of-cepheus.html

I will update the link, to the full announcement when the game is officially released.
English 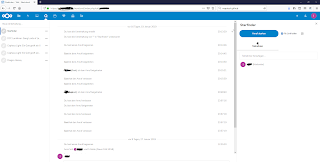 Pen and Paper RPG with FLOSS
In the following I'm going to describe how to set up an RPG environment to play games online with your friends without the use of proprietary tools. I have tried the things I describe below in some Traveler and Dragon Heresy sessions and everything worked fine. There were some hassles with microphones and so on, but nothing unusual. So, the stuff worked for me.

The tools used
For communications we used Nextcloud Talk and as a Virtual Tabletop (VTT) we used Maptool. We did not use in the calendar functionality of Nextcloud or the ability to make a Doodle like poll, but the use of Nextcloud as filesharing service was helpful in other campaigns.

Prerequisites
I have a self hosted instance of Nextcloud on my home server with valid SSL over Let’s Encrypt. This runs on a low powered Intel-box the size of a hard disc from some nameless vendor.